The food in this post is from a long time ago. Like really a long time ago. Like more than a year ago— circa July 2012. I found it at the bottom of the WordPress drafts folder thinking I would delete it since it had been so long and there would be no way we'd be able to find the pictures. But to my surprise I had already put pictures into the post (back when I still attempted to edit pictures instead of Dustin). I think it goes to show how much our photography skills have improved in the last year even when we don't do a special photoshoot. 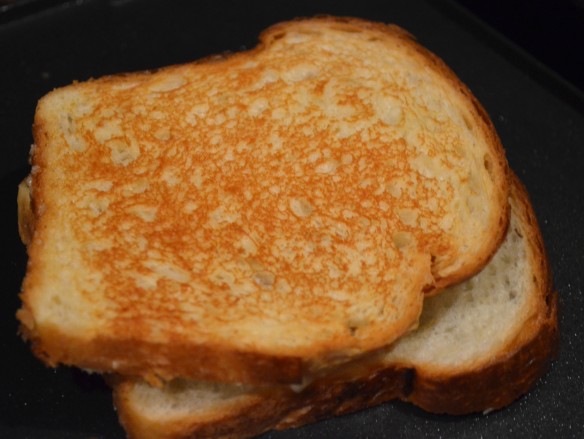 I was inspired to make French Toast stuffed with mascarpone after I visited my parents last summer, and we ate brunch at this cute little restaurant outside of Louisville in celebration of Father's Day 2012. I couldn't decide whether I wanted the pancakes or the French Toast. I went with pancakes and made my own version of their peanut butter mascarpone French Toast.

Unfortunately, I don't have a lot of details about this French Toast other than that I mixed peanut butter and mascarpone together in a bowl until smooth, slathered that mixture along with some sliced bananas on Brioche bread. Then we grilled them up, poured maple syrup and sprinkled powder sugar over the tops. I'm betting it is hard to go wrong with all of those ingredients combined...